This project has been executed in the northern region of Tehran city that is inhabited mainly by well-to-do class of people. The surface area of this project is about 66m² and it is located on reconstruction shopping center that is designed with the neoclassic style of architecture. This part of the city has been constructed by neoclassic and eclectic architectural style, therefore, we tried to design it in terms of modern form but based on aesthetic principles of classism.

Geometry and details are some prominent features, which are commonly observed in the design of jewels and classic architecture. Thus, the concept of architectural work was designed in two parts. The first part is a fluid, simple, and white-colored shell that has been designed with curve and line geometry and in the second part, the shell has been punched on the steel plate that includes a lot of details.

The white shells with their purity and simplicity prepare the ground for attracting further attention by buyers in showcases. In addition, these shells play the role of walls, ceiling, and floor simultaneously and define various functions. Gradual conversion of the floor into walls through visual attraction may pave the way for encouraging buyers to use testing space of jewels. Shells are composed of two main parts that have been separated from each other split level and in addition to separation of spaces into private, semi-private, and public types, they have also formed an attractive geometric composition.

As the most major section, showcases should possess the maximum attractiveness. Therefore, opaque golden steel materials have been used because of their brightness and special color. To add more details to showcases, a scheme including the natural texture of precious tones was punched on steel plates and the punched design became fascinating with the reflection of light behind steel plates.

Design and making mannequins was the final stage in the attraction of buyers. The general form of the body in mannequins was abstract and most of the physical details of them were omitted in order to attract the attention of audience(s) more to jewels than mannequins. Using main and beautiful body lines and two white and black colors for further attractiveness along with golden steel plates form the main elements of concept in mannequins. 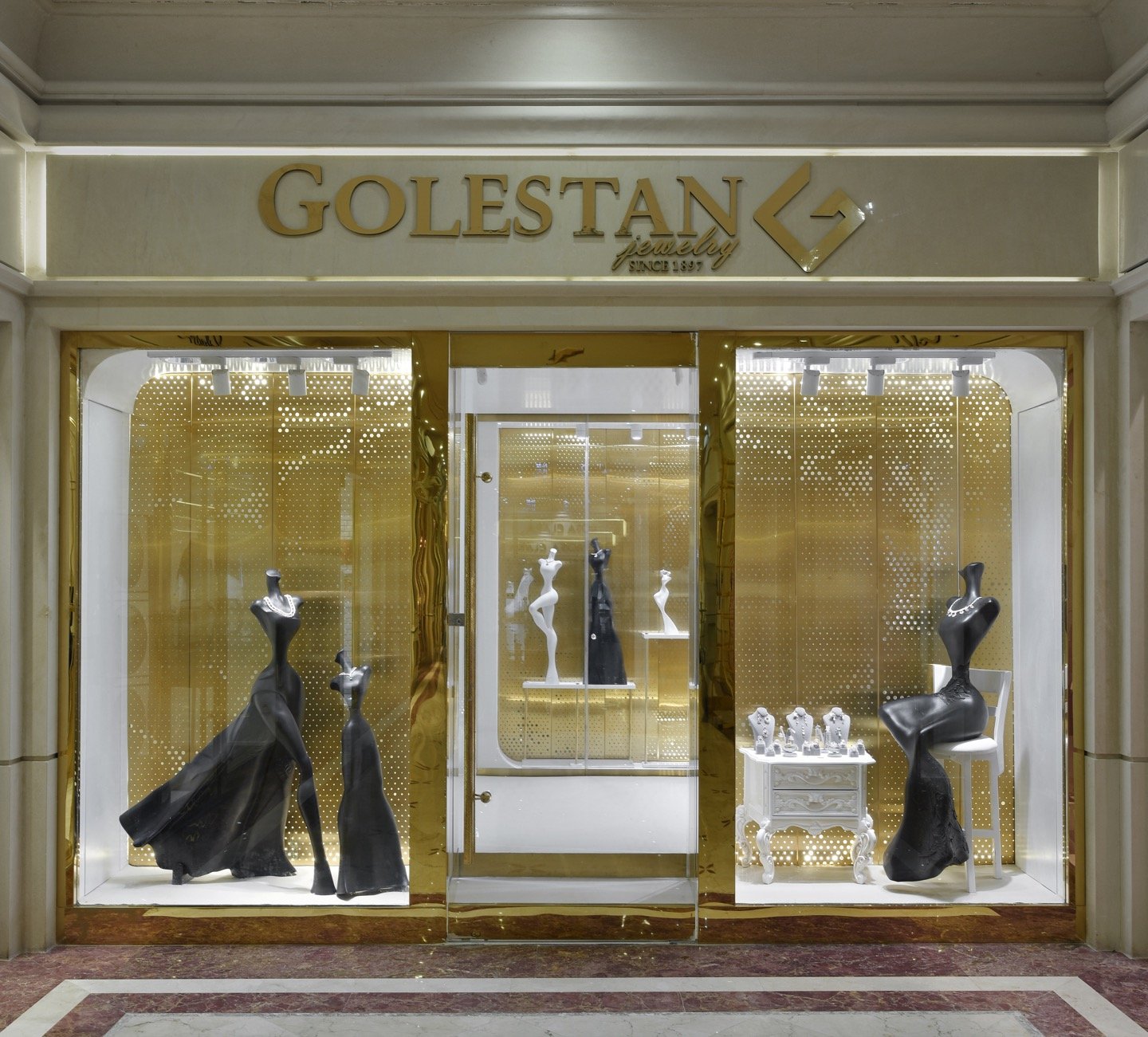 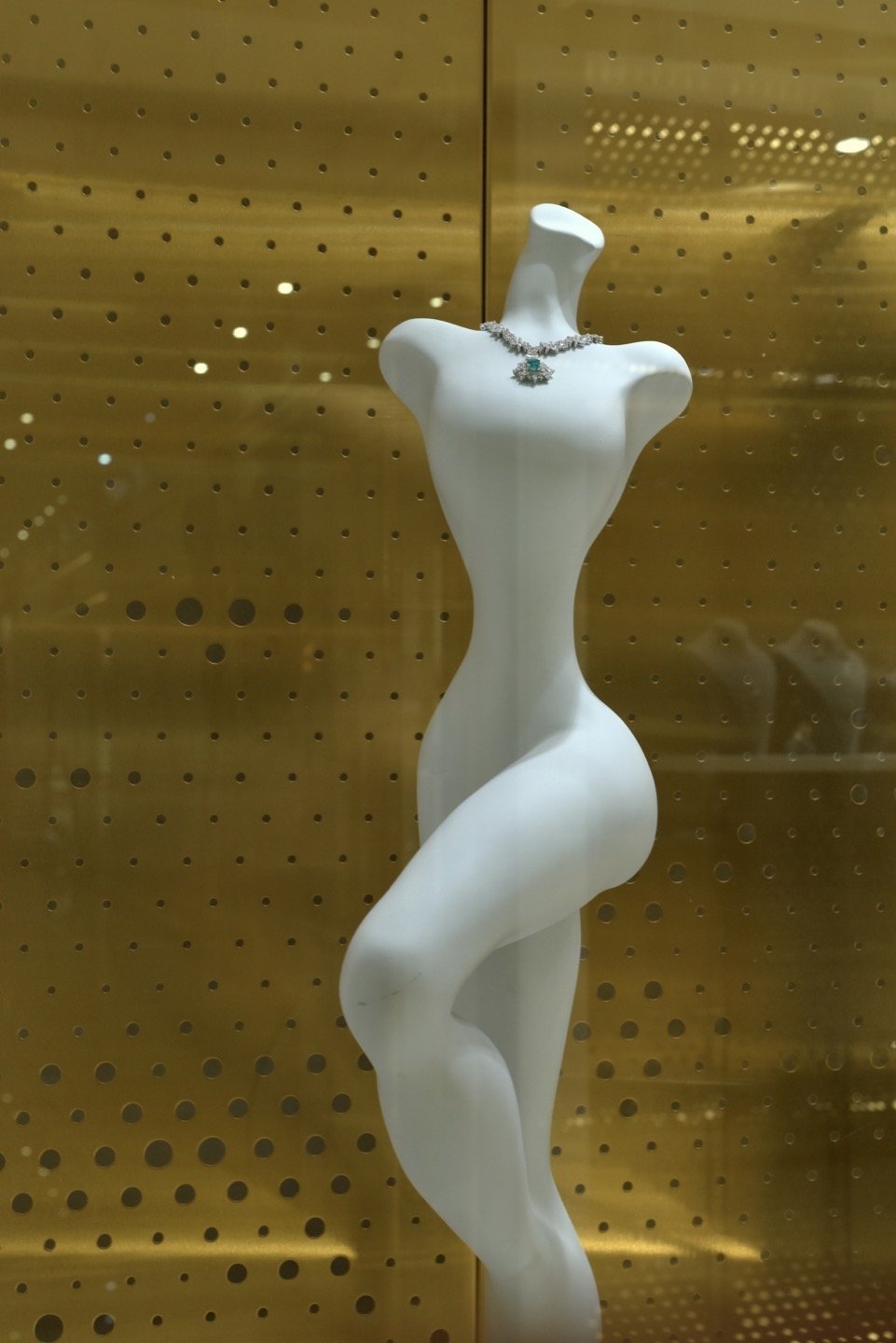 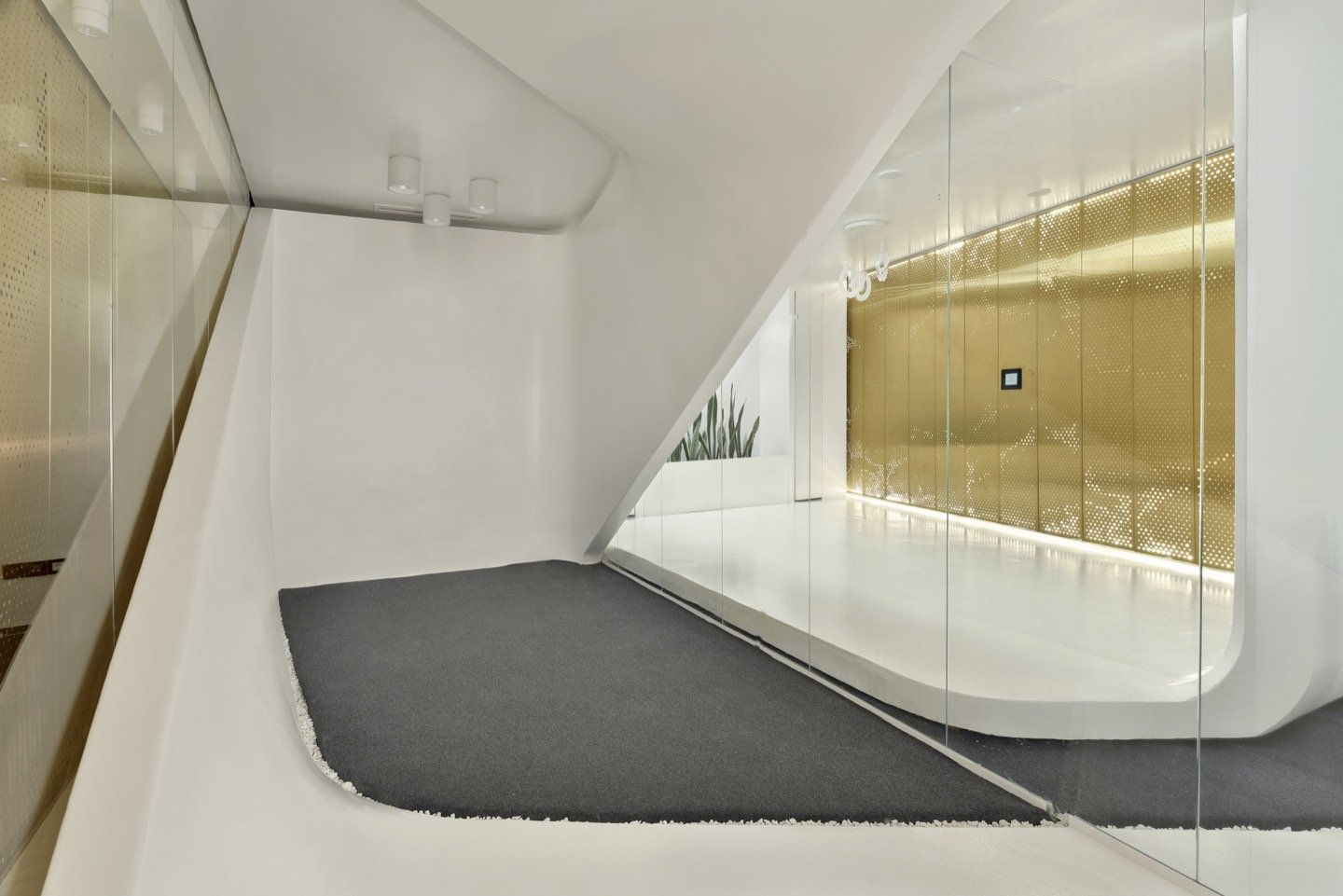 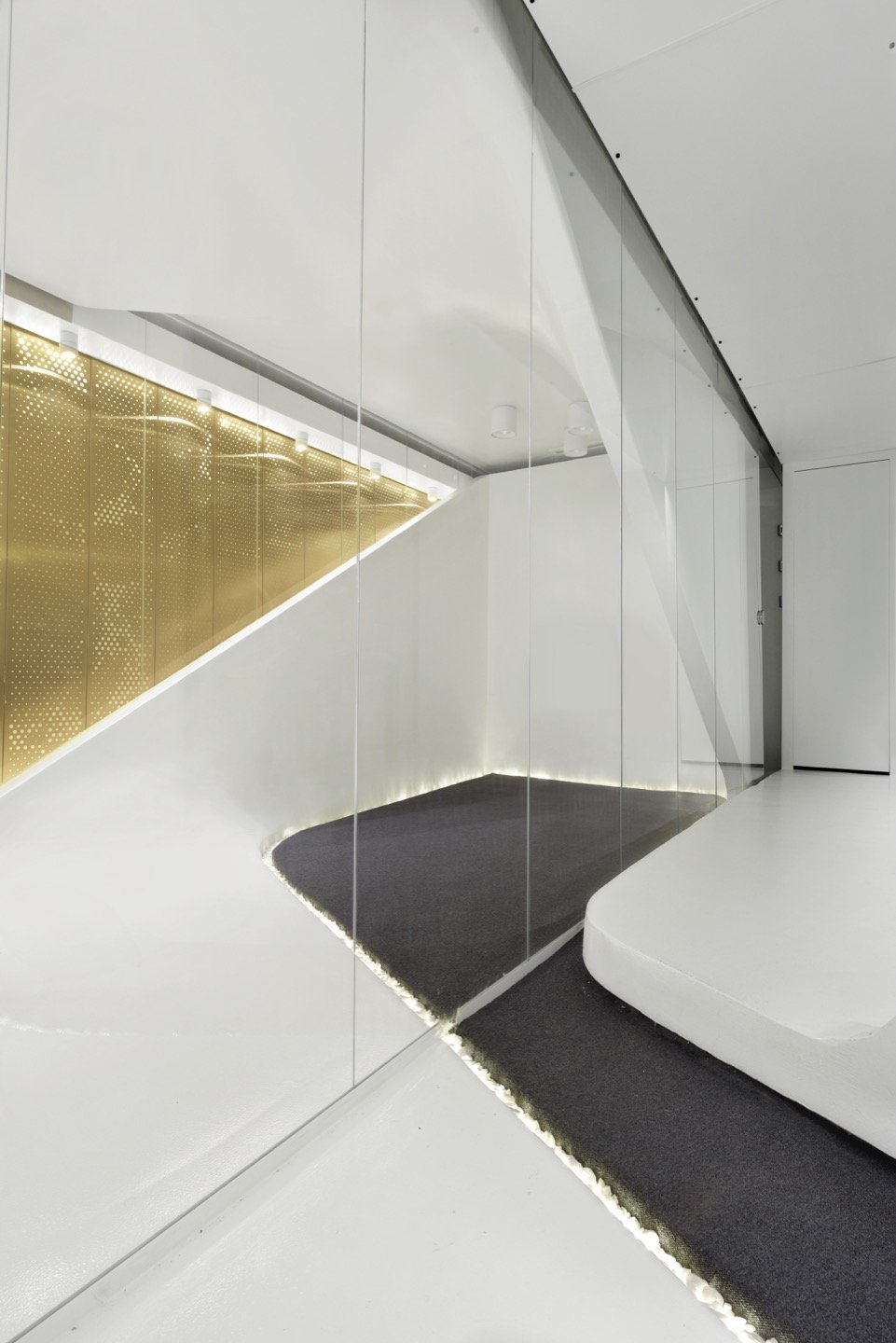 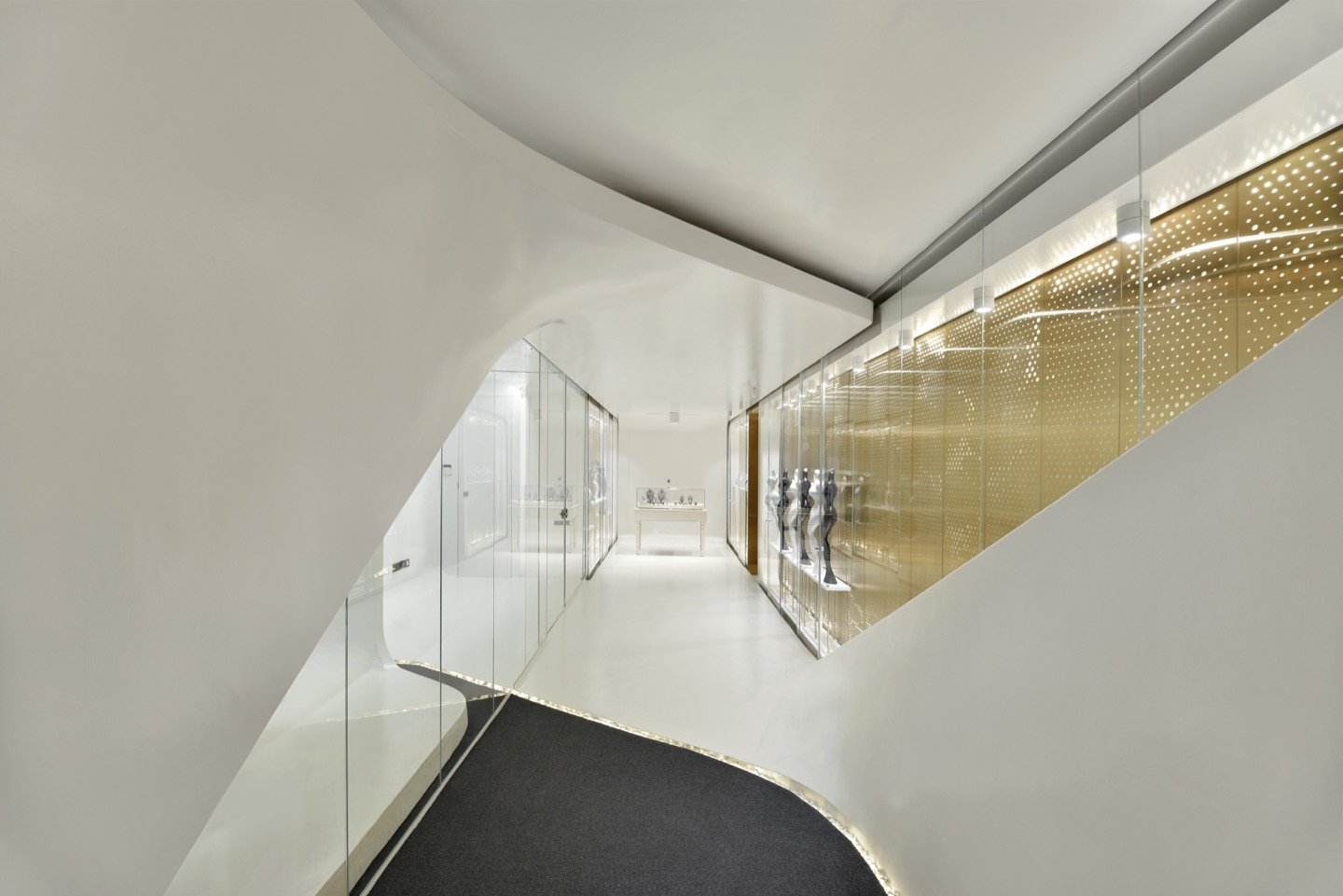 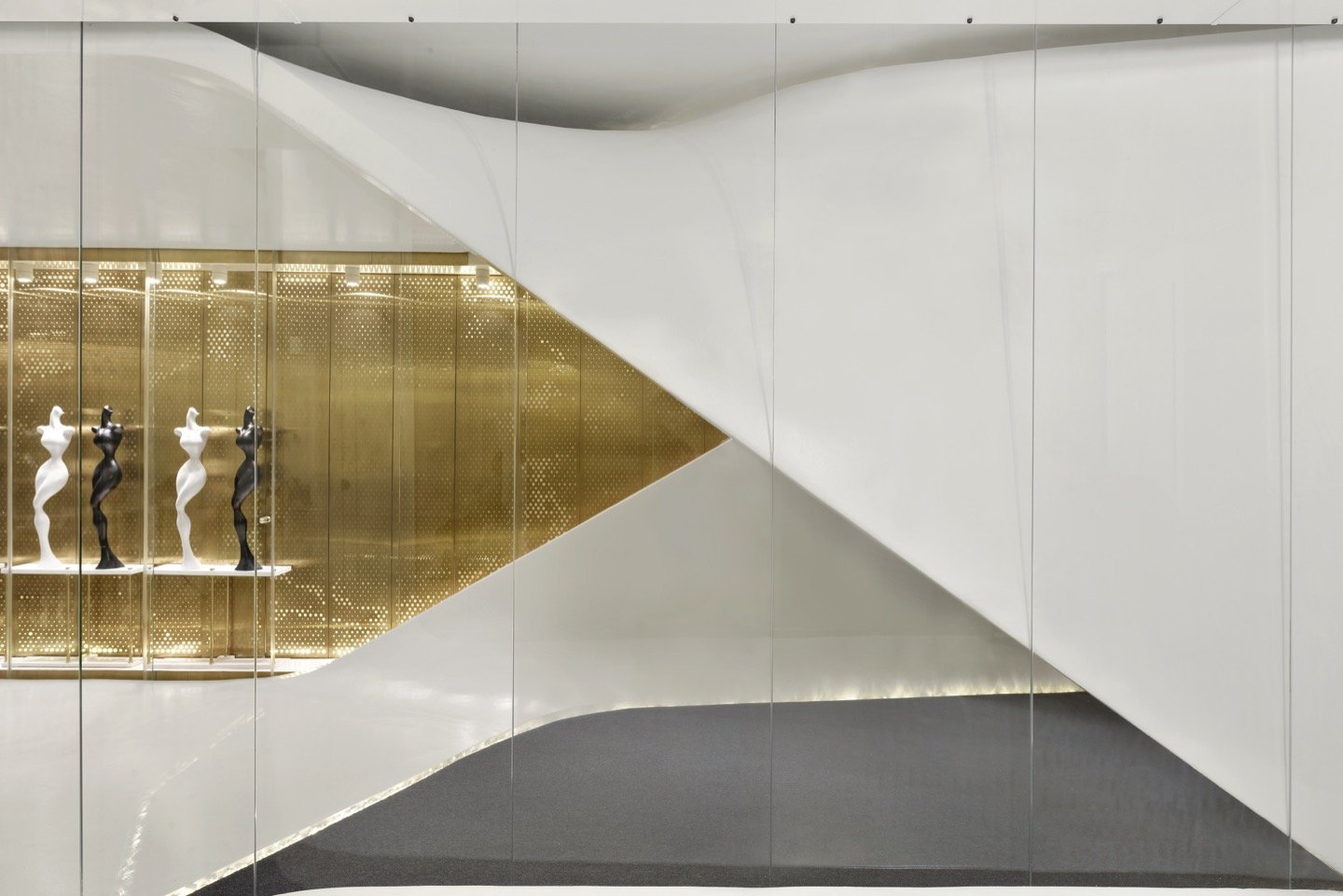 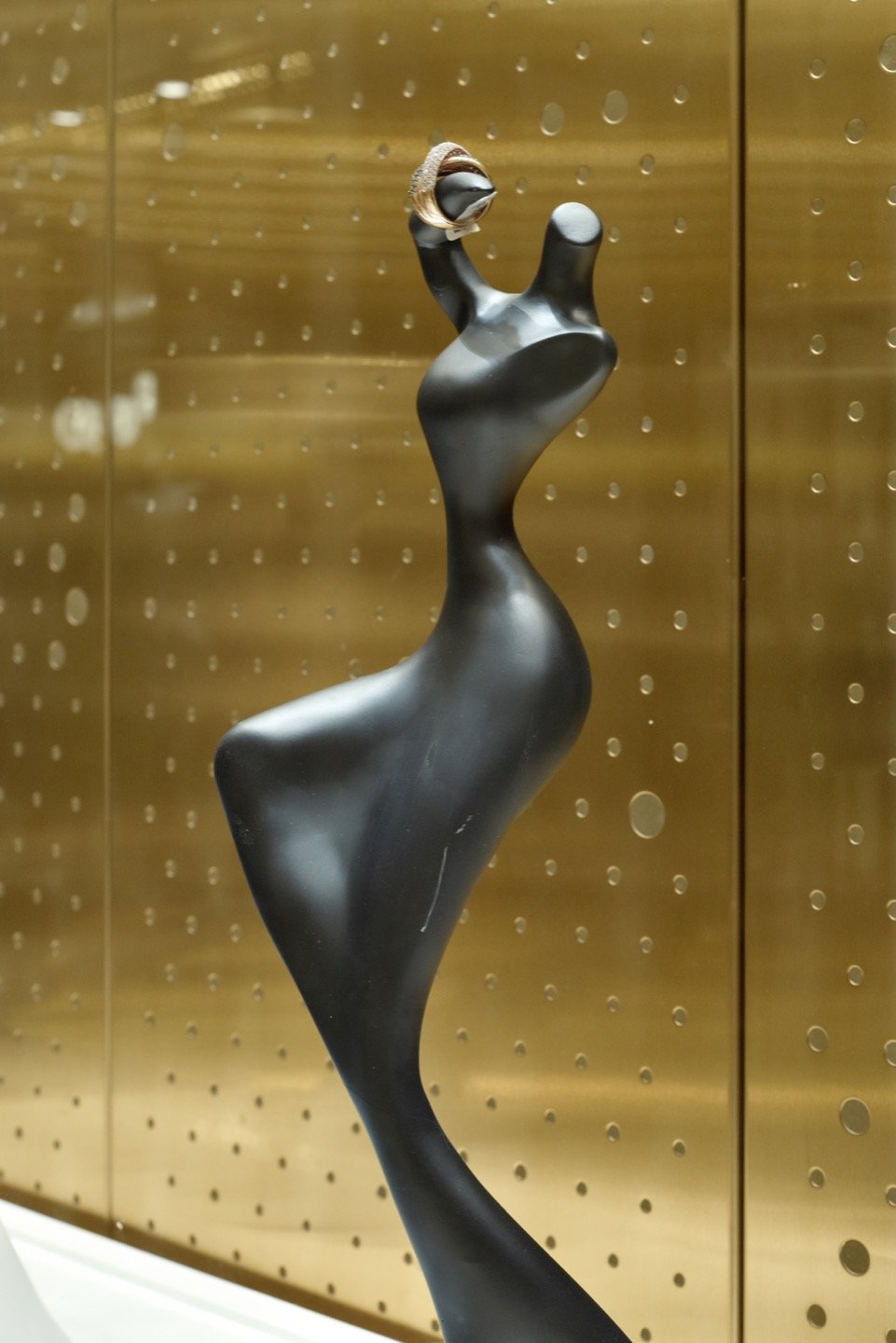 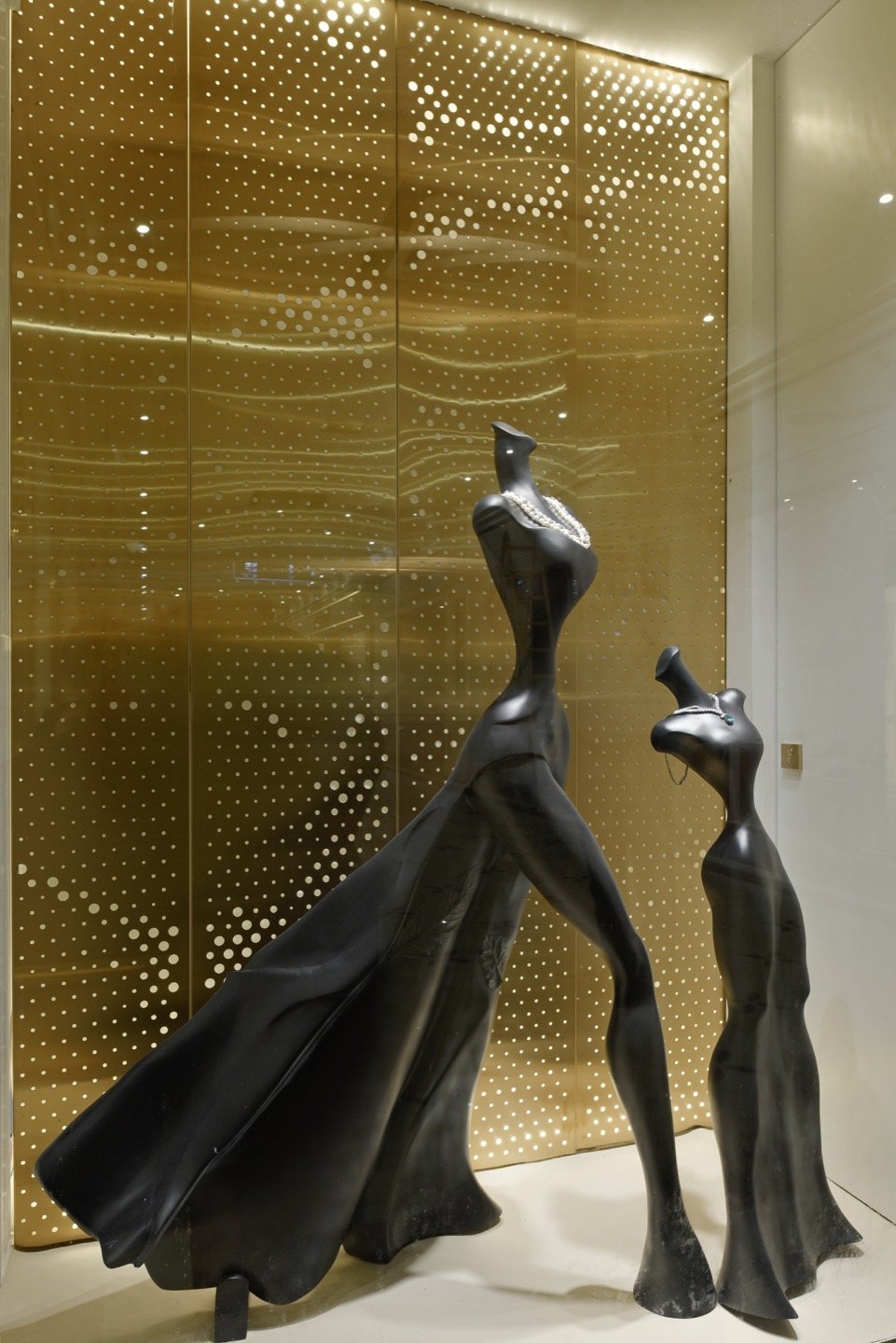 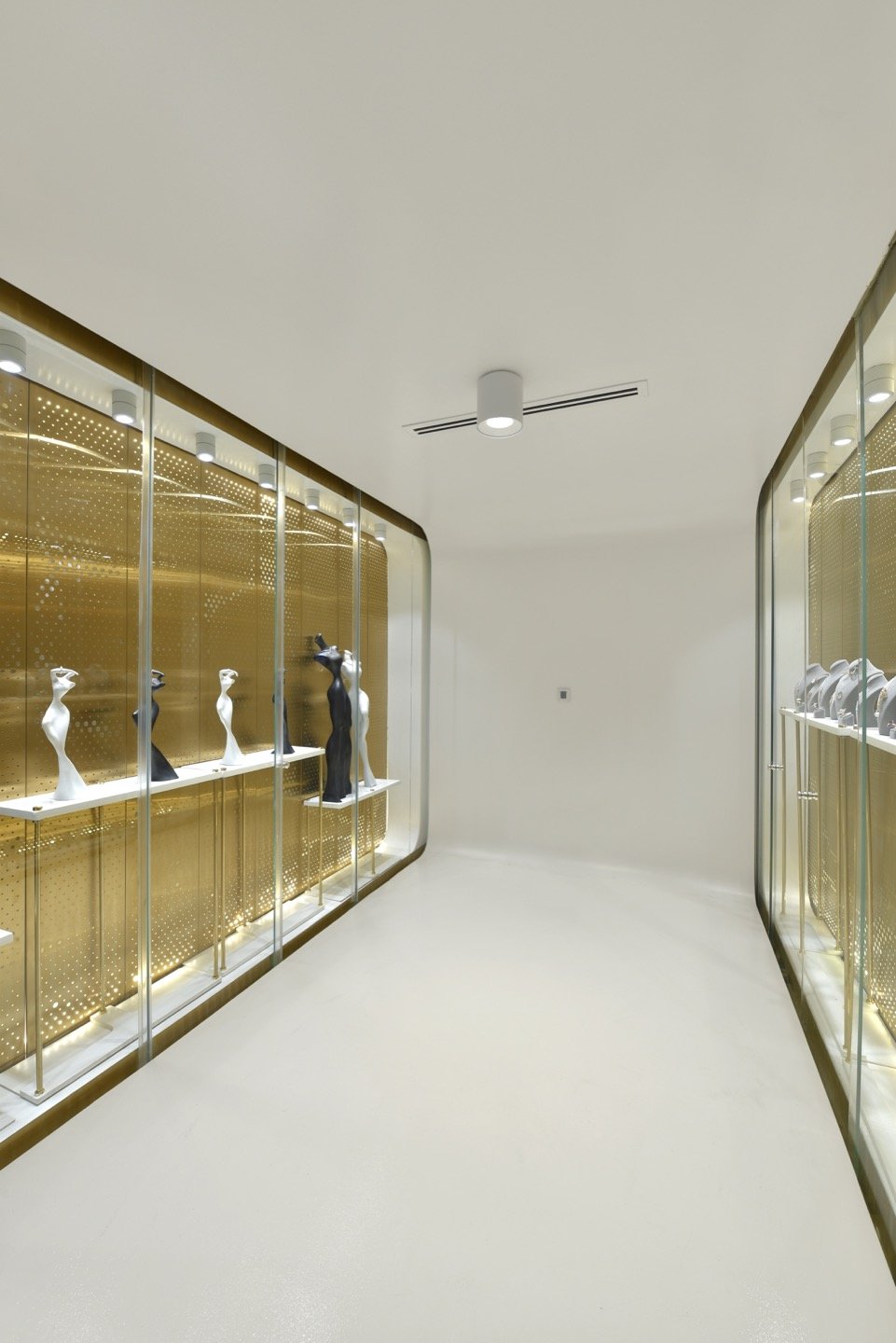 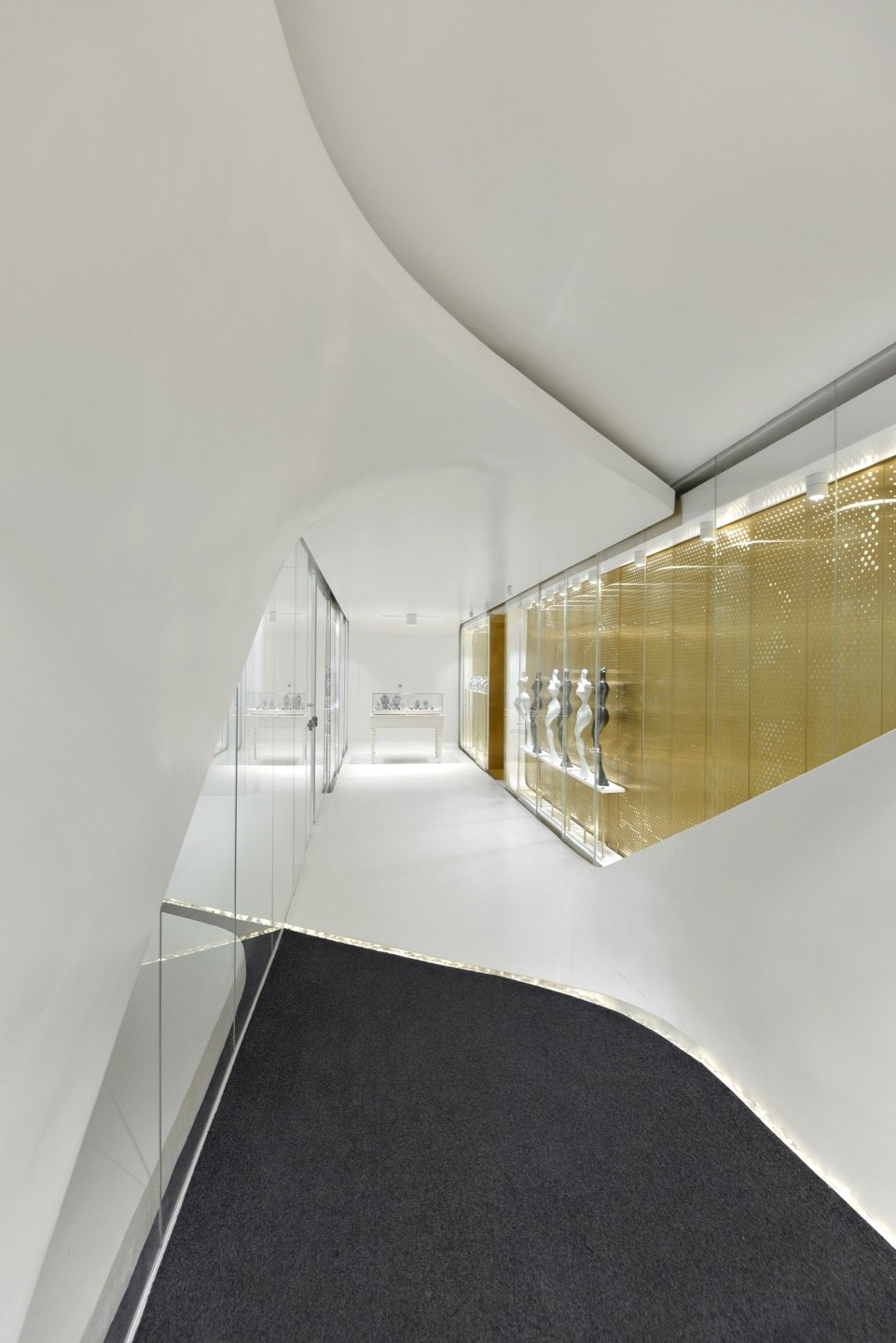 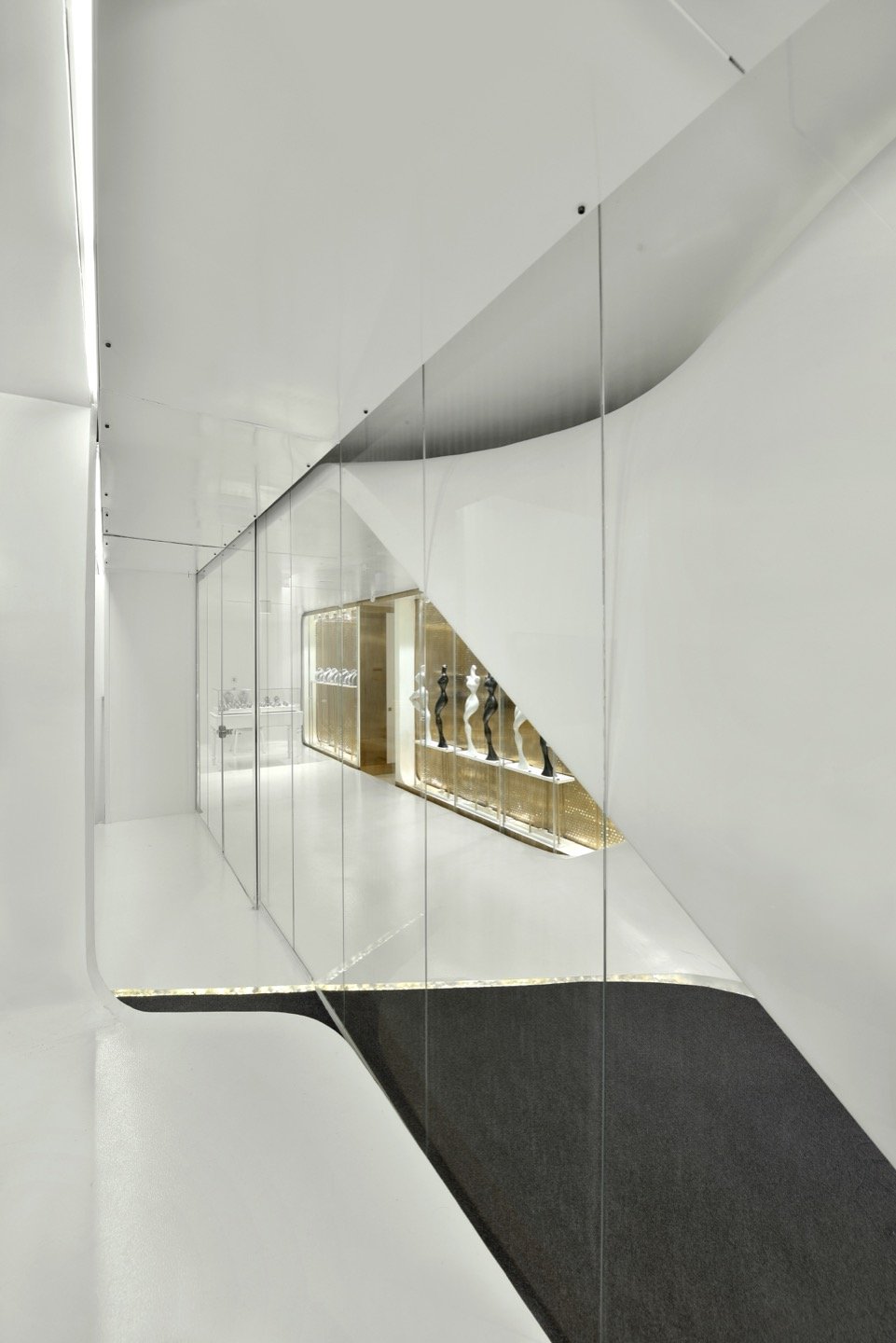 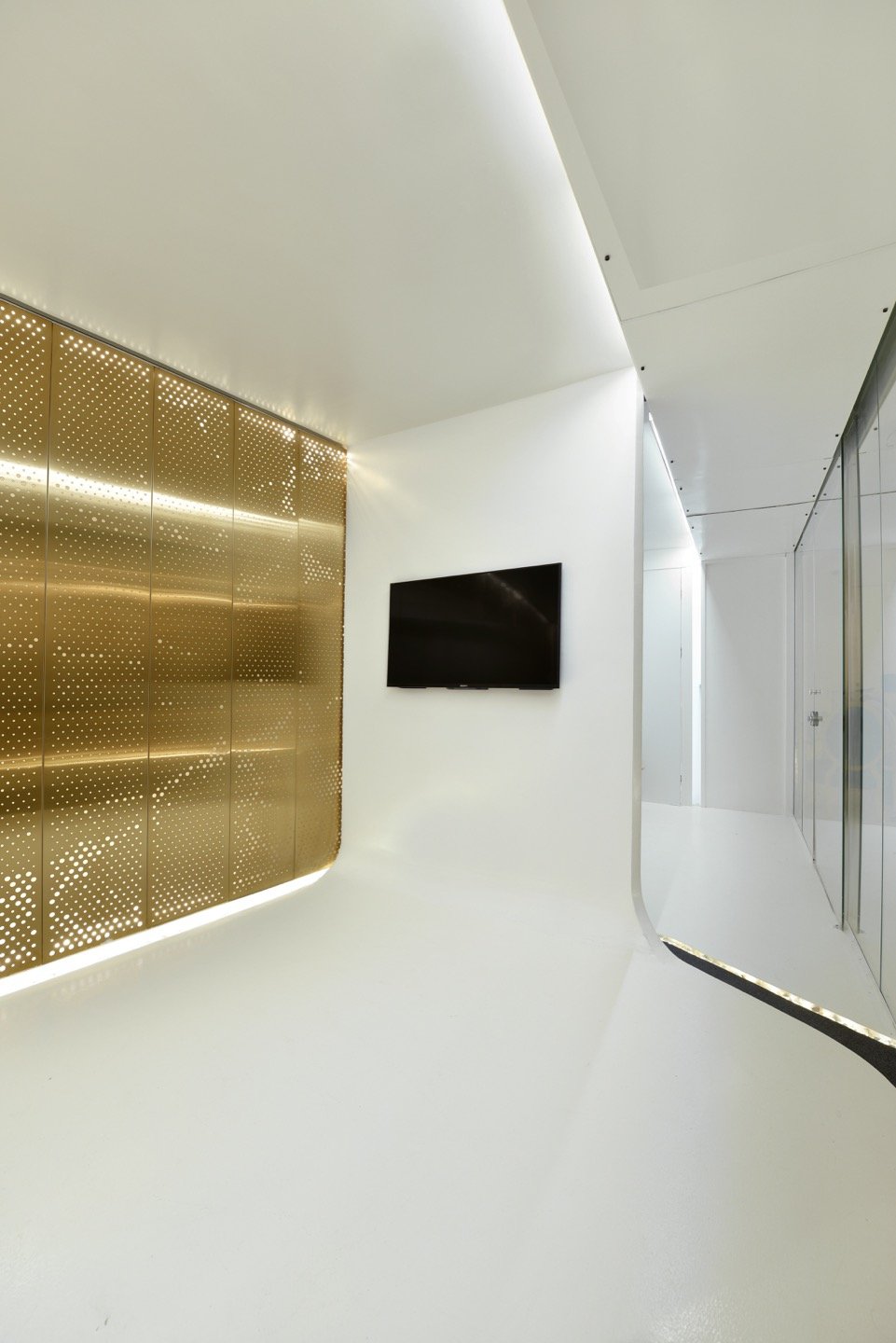 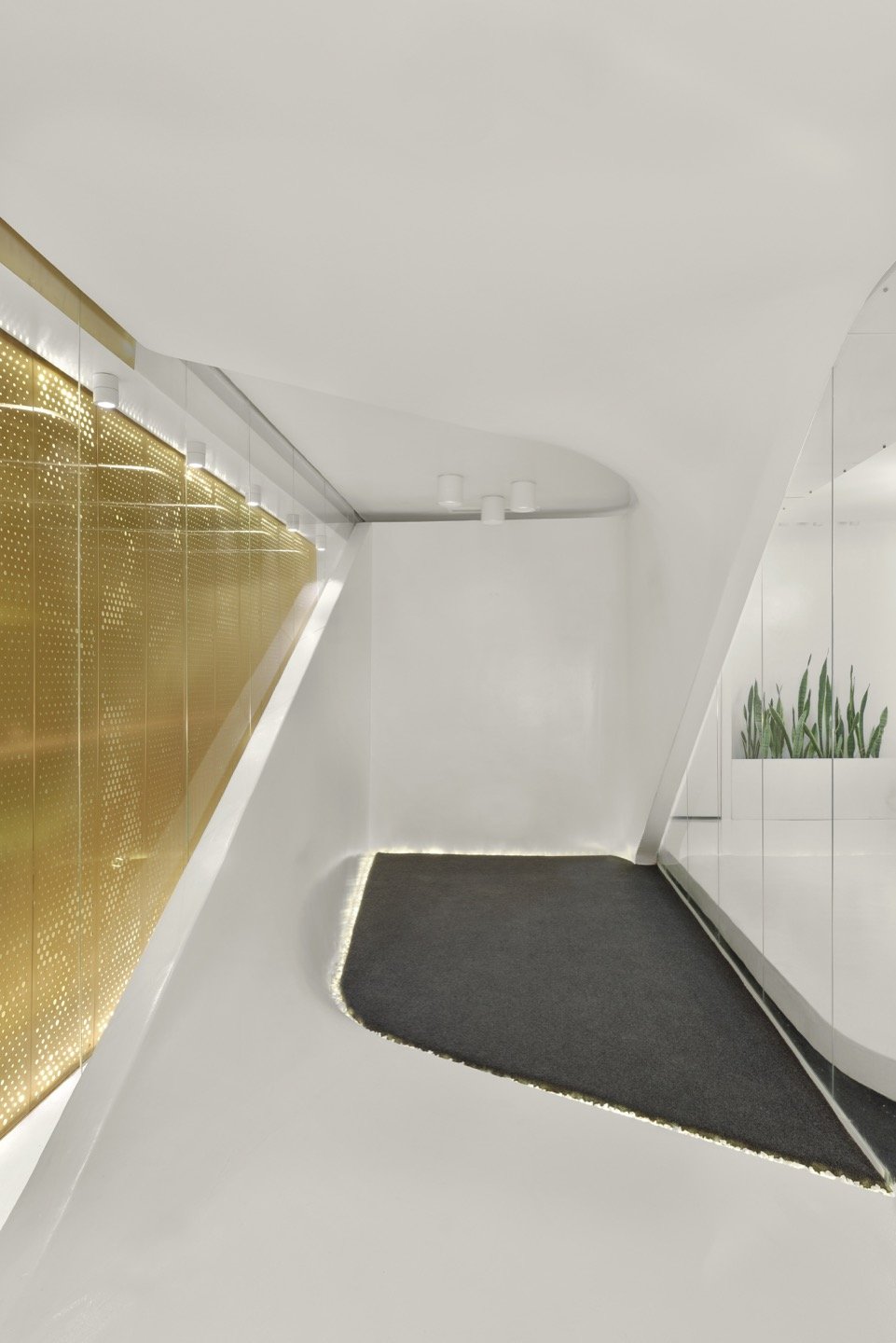